While tracking hurricanes Jose and Maria this September of 2017, I came across a wonderful weather map site, www.ventusky.com featuring dynamic, in-motion maps for multiple parameters, such as wind gusts, temperature, clouds, waves, precipitation and so on. I was struck by a resemblance of the wind speed map to certain paintings I had seen, but initially could not make the connection. Could it be Picasso or Kandinsky?  Finally I realized that it was Vincent Van Gogh's Starry Night that I was reminded of as I looked at the weather map. Not only are there colorful swirls, but also short white strokes or stipples defining both the stars and the hurricanes.  See for yourself. 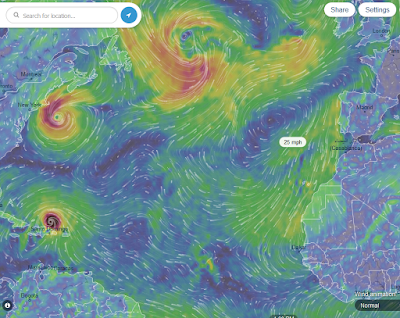 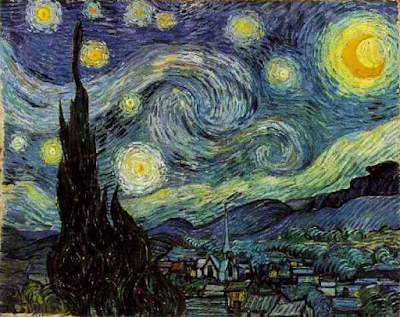 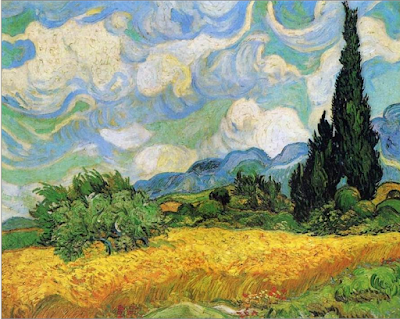 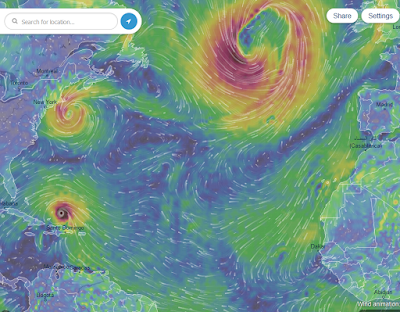