Padre Pio and the Easter Eggs


This story appeared in one of the early issues of the magazine "The Voice of Padre Pio," published by St. Pio's Friary in San Giovanni Rotondo, Italy.  I began looking through my older copies of this magazine after learning that someone had inadvertently thrown away the entire set of them starting from the first issue, that belonged to my friend and Padre Pio author Jeanette Salerno.  I found this gem of an article that related a few charming and mysterious little "miracles" involving Padre Pio, two of which appear below.  They are presented here with the permission of the current editor of the "Voice" magazine.


Nothing very spectacular ever happened to me, but what happened was surely very strange.  The second time I visited San Giovanni Rotondo was many years ago, right before Easter.  At the time there was only one hotel, and no rooms were available there, so we had to stay in a boarding house.
It was a terrible, terrible place.  Everything was dirty.  We didn't even dare open our luggage.  We didn't sleep in the bed.  We put a big blanket on top of the bed and slept on it.  We never unpacked our things.
Clarice said: "I want to take something out."
But I told her: "Don't you dare take anything out in this filth and grease, because bugs will be running around in five minutes."  So she didn't open anything.
The next morning was Easter Sunday.  We have a custom that the first thing we eat on Easter Day is blessed hard boiled eggs.  I had been doing that all my life.  But on this Easter Day, I grumbled and kept saying: "This will be the first time in my life I won't be able to eat blessed eggs on Easter Day, because we had to stop in this filthy place, and we won't even have the Easter eggs tomorrow morning."
We got up at 4:00 to go to Mass at 5:00.  Mass was beautiful.  When we left the church, we were very happy.  I had on a big coat, because it was still cold.  Suddenly, as we walked, I felt something in my pocket.  I said: "What's this?  There was nothing in my pocket when I went to church."
I reached into my pocket and found two boiled eggs.  I said the Clarice: "You put them there."
She said: "I didn't bring any eggs, so there's no way I could have put them in your pocket."
The same afternoon we found two good rooms elsewhere, and we moved our suitcases and boxes.  I opened my valise and found two little packages which my maid Pasqualina had prepared.  One package had six sandwiches, and the other had four eggs.  But the strange thing was that the parcel was all tied up with a ribbon, and there had been six eggs in it.  But only four eggs were left.  The other two were eggs which Padre Pio had blessed and put in my pocket.  Nobody could have taken two eggs out of a tied box without opening the parcel. 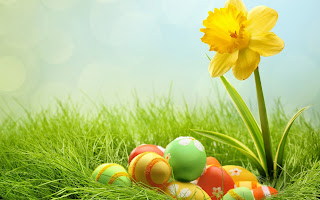 Giovanna, my very dear friend, was staying with me in my house.  She slept in a big bed near the wall.  There was a little table nearby.  Across the room there was another table, a bit larger.   Giovanna had been ill, so she was in bed most of the time.
Just outside the bedroom, on the terrace, there was a magnificent rose, really a splendid rose.  We went out onto the terrace to look at it.  The first moment she returned to the house, she said: "Give me that rose."
I told her: "No, this is the first rose of the arbor, so you can't have this one.  This rose goes to the Madonna, to Mary."
The next day another rose was open.  I cut it and said: "Giovanna, here is your rose.  You can have this one, because it is the second rose."
Giovanna said: "All right."   I answered: "It can't have a better destination."
On the table near the wall there was a color picture of Padre Pio.  I put the rose in a small vase and set the vase on the table.
In the afternoon, another friend of ours came.  Giovanna still wasn't well.  So we sat on one side of her bed.  The rose was near the portrait of Padre Pio.  Our friend remarked: "Oh, how pale Padre Pio is.  I hope he isn't ill."
"No," I answered.  "It isn't that he is pale.  He only looks that way because the color of the rose is so strong."
I walked around the bed and took the rose away.  "Look," I said, "Padre Pio is quite normal."  We all agreed that it was true - that it was the rose that made the color of the picture so weak.  I put the rose back in its place.
Suddenly my friend cried out: "B. . .b. . . b . . . but..."
"What's the matter?" I asked.  "What are you saying?"
She could only stammer: "The . . . the . . . the . . . the. . . the rose!"
The rose was not there!
"But I put it there on the table," I said, quite matter-of-factly.
"Yes," she said, "I know you did."
Giovanna, too, said: "Yes, you put it there.  Perhaps it has fallen."
We looked all over for it.  We even got Giovanna out of bed to see if it had fallen on the bed.  But it had disappeared completely.  It was no longer there.  Then Giovanna said: "It seems that Padre Pio has accepted it."
Almost twenty days later, we went to San Giovanni Rotondo, and Giovanna went straight to Padre Pio.  Whenever she visited him, they always met in the small office of the 'convento.'  He was waiting there for her when she arrived.  He had a red rose in his hand.  He had the rose, the rose, in his hand.
He said: "Thank you very much for the rose.  I appreciate it very much."
She answered: "Father, give it back to me."
He said: "Yes, I'll give it back to you."
Now Giovanna preserves this rose in her home.

View my Padre Pio books and others HERE.
Posted by Frank Rega at 6:50 PM