In September of this year, James Larson, author of the web site The War Against Being, sent the following letter to the Bishop and 73 Priests of the Diocese of St. Cloud, Minnesota.  To date, only one has responded, in an attempt to rebut Larson's conclusions.  The letter is part of a larger and far-ranging article he has written and posted on his web site, entitled "Our Hope: Fatima, and What Remains of True Catholic Intelligence."  In this article he presents what he considers the major foundational heresy in Pope Francis' Amoris Laetitia, a heresy which the authors of the recent Correctio Filialis completely failed to address and include in their list of seven heresies in the Pope's Apostolic Exhortation.  Larson's letter to the priests is presented as a preamble in order to "flesh-out" the issues he will discuss in his article.


The Catholic Church teaches that to knowingly or culpably deny even one doctrine of the Catholic Faith is to lose sanctifying grace (and thus charity, or the state of being in God’s friendship), and to fall into mortal sin.  And, of course, to commit even one grave moral sin results in the same loss. The Council of Trent solemnly declares:

“In opposition also to the subtle wits of certain men, who, by pleasing speeches and good words, seduce the hearts of the innocent, it is to be maintained, that the received grace of Justification is lost, not only by infidelity whereby even faith itself is lost, but also by any other mortal sin whatever, though faith be not lost; thus defending the doctrine of the divine law, which excludes from the kingdom of God not only the unbelieving, but the faithful also (who are) fornicators, adulterers, effeminate, liars with mankind, thieves, covetous, drunkards, railers, extortioners, and all others who commit deadly sins; from which, with the help of divine grace, they can refrain, and on account of which they are separated from the grace of Christ.” (Session VI, chapter XV).

According to Pew Research Polls (and basically verified by other polls), we have the following statistics in regard to the acceptance of serious mortal sins among American Catholics: 50% of American Catholics believe that abortion should be legal in “most or all cases” (and surely a much higher percentage believe it should be legal in at least the “hard” cases such as “life of the mother”, rape, and incest), 70% believe gay marriage “should be accepted by society” (this figure is up 12% in just the past 10 years), 89% believe that artificial contraception is morally acceptable or not a moral issue at all, 85% believe it is acceptable for unmarried couples to live together outside of marriage, 76% believe that unmarried, co-cohabiting couples should be allowed to receive Holy Communion,  and over 60 % believe that divorced and remarried couples (without an annulment) should be allowed to receive Holy Communion (this last statistic may have grown significantly since the data collected here came before the apparent endorsement of such a practice in certain instances by Pope Francis in “Amoris Laetitia”, and before being put into practice by a significant number of bishops), .  All this would make it almost certain that over 80 % of Catholics in this country embrace at least one of these errors (and this without even considering infallible dogmatic teachings of the Faith such as Transubstantiation, Original Sin, Mary’s Perpetual Virginity, the Immaculate Conception, etc.).  Such rejection of Catholic beliefs might be somewhat lower in rural areas, but I severely doubt if there is a 10% difference.

Holy Scripture and the Church also teach that anyone who receives Holy Communion while being in mortal sin not only commits sacrilege (“guilty of the body and of the blood of the Lord”), but also “eateth and drinketh judgment to himself” (1 Cor. 11: 27-29). What duty, therefore, can be more incumbent upon every priest in this present age of apostasy from Catholic Truth than that of very carefully explaining from the pulpit the nature of both mortal sin and Eucharistic sacrilege, of being very specific in regard to the sins enumerated above, and declaring emphatically that anyone who commits these sins, or denies these teachings of Christ and His Church, must not receive Holy Communion? To be silent in regard to this obligation entails not only complicity in “re-crucifying” Christ, but also amounts to confirming the vast majority of Catholics in mortal sin. This is not charity or mercy towards souls.

Of course, any priest who would fulfill this obligation would almost certainly and immediately begin losing many parishioners, and this translates into a large loss of revenues. It is necessary first of all, therefore, that a priest who is to be faithful in preaching these truths makes the fundamental choice of serving God rather than Mammon.

Even more important, however, is the question as to whether priests are willing to follow Christ and be a sign of contradiction to “the world, the flesh, and the devil”, or whether they choose to abet, especially through their silence, the descent of the Church into the cesspool of this modern world.    The latter, of course, is precisely the course upon which the priesthood almost universally embarked after Vatican II – which every Sunday found the priest in the pulpit preaching about love, mercy, and forgiveness, while the vast majority of the faithful were amalgamating their faith to the world and succumbing to mortal sins which destroy their life in God. We also cannot fail to note that this silence rebounded upon the priesthood itself with a huge loss of vocations, desertions from the priesthood, and the descent of many into every conceivable form of “filth”.  As Jesus said to his disciples, “You are the salt of the earth. But if the salt lose its savour, wherewith shall it be salted? It is good for nothing any more but to be cast out, and to be trodden on by men.” (Mt. 5:13).

Our individual churches have largely become temples of massive sacrilege, and this despite all the gentle sentiments that each week waft forth from the pulpit. It is here, in the pulpit, where the local priest must take his stand either for Belial or Christ: “He that is not with me, is against me: and he that gathereth not with me scattereth.” (Mt. 12:30). It is here where he succumbs to silence, or speaks the Word of Truth which is the life of Christ and the only light by which he and all his flock may be drawn out from all the evils of this modern world. 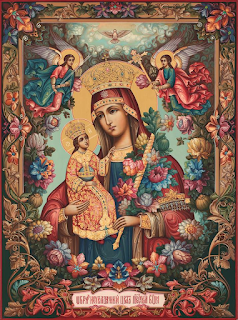